Dave Thomas, a 17-year veteran with the adidas Group, took charge as the Managing Director of adidas Group India in October 2014 to further boost the growth trajectory of brands adidas and Reebok in the India market.

Dave has been with the adidas Group since February 1998. He has held Sales and Marketing roles in his native Australia, at the Group’s HQ in Germany, in Hong Kong and in Japan from January 2008 until 2013, where he was initially responsible for the Creation Centre Tokyo and then later, as Vice President and adidas Brand Director, for leading the adidas Brand and consolidating the Sport Performance and Sport Style teams and businesses into one.

Before coming to India, Dave was the Vice President and Brand Director for adidas Emerging Markets, based in Dubai, where he successfully drove the adidas Brand and business in Africa, the Middle East, Turkey and India.

Dave’s leadership skills, rich experience and in-depth understanding of the Sport Performance & Sport Style markets positions him well to lead the responsibilities for India and to drive the connection to consumers and athletes in India. 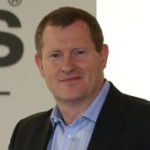