Rajendra Pratap Gupta is rated amongst the top 15 thinkers in the World, and was on the World Economic Forum’s Global Agenda Council. He has served several retail and healthcare advisory boards across the globe . Besides , he has been invited by the United Nations , World Health Organization, International Telecommunications Union , Embassy of the United States of America, Govt. of Finland , World Economic Forum etc. on various occasions to share his views on diverse topics . He is an original thinker and an innovator par excellence . In 2012, he was felicitated by the Sheriff of Los Angeles as the ‘Global Healthcare Leader of the year’. He is respected for his insights on the economy, public policy & health care , and highly regarded by policy makers across the political spectrum and drafted the election manifesto of the BJP in 2009 and 2014. He has travelled extensively and delivered lectures across the world . 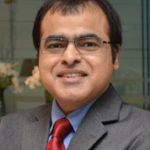