A Chartered and Cost Accountant by qualification, Sunil Nayak originates from Mumbai, India. Post qualifying in 1987 & 1988 respectively, he spent initial 3 years in India working with WIMCO Ltd and Lupin Ltd.

In August 1990, he took up an assignment in Nigeria and soon started heading a trading company owned by Dalamal Group as General Manager. In 1996, he joined Mumbai based Ajanta Pharma Ltd for their upcoming manufacturing plant at Mauritius. He soon started heading Ajanta Pharma (Mauritius) Ltd as General Manager and was subsequently elevated as CEO. He developed various markets in Africa for the group. During his tenure, Ajanta Pharma was the first Indian company to have widely penetrated in French speaking African countries.

In 2001, he joined Middle East based retail giant Landmark Group. Between 2001 and 2006, he was looking after Kuwait operations for the group as Country Head. During these 5 years, the business of Kuwait operations grew three fold and became the most profitable country for the group. In 2006, he was asked to move to group’s headquarters at Dubai, UAE with a mandate to set up International Division. He was also given responsibility to head group’s biggest brand Centrepoint. Under his leadership, the group expanded its operations in various countries in Middle East & Africa. Centrepoint brand became one of the fastest growing brand in the middle east. Today, Centrepoint brand competes with some of the best known international brands like Marks & Spencer, Zara, H & M etc.

In December 2012, he returned back to India and currently heads jewellery division of Reliance Retail Ltd as CEO – Reliance Jewels.

Sunil has extensively travelled into Asia, Africa, Middle East, Europe and North America both at personal and professional capacity. 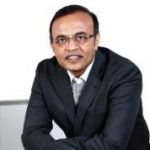